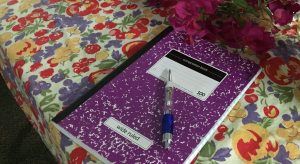 The old adage goes: How do you get to Carnegie hall? Practice, practice, practice. Writing is a practice. Like exercise. We need to become accustomed to doing it regularly, and though “regularly” is different for everyone, it is likely the most successful approach to writing.

The most common question from my students is, “When do you find time to write?”

I’m lucky that I seem to be ingrained with a need to write. If I’m not writing, I become crabby and difficult to live with and get out of sorts in the other areas of my life.

But finding the time and space to write is a challenge. And finding ways to settle the brain to write in the short time in which I’m allowed to write poses other problems.

Here are some quick and dirty tips to getting yourself into the practice of writing.

Don’t wait for the time to write, make it.

We can let our schedules get in the way, our lives get in the way and say to ourselves, “If only I had time to write.” Or “When I have time to write.” We can plan to find that time to write, but years can pass in this manner. If you wait for everything to be perfect: an empty apartment, a three hour chunk where you’re not worried about something, the sun to be shining, a huge project to be over, this season of The Walking Dead to end, or that neighbor’s dog to stop barking, it’ll never happen.

Instead, it’s easier to own the time you can find. Honestly, even if it’s 20 mins a day with a prompt, or half an hour three times a week or even five times a week.

So many successful writers had all the excuses not to write that you’re using. Full time jobs, children, poverty. But they slowly, steadily found their way. Toni Morrison had a full time job and kids. She talks about her writing practice here.

My friend Natashia Deon is a lawyer, a teacher of law and a mother to two children and her first novel is coming out next year from Counterpoint Press.  There are ways, just keep at it. Keep showing up. Honor your want to be a writer.

Timing is. Don’t be intimidated by those posting their word counts on Facebook or Twitter. NaNoWriMo is coming up and it’s a wonderful thing and useful to so many people, but it’s not for everyone. Some of us are slower, weave it out-variety writers. I cheer on my NaNoWriMo friends, thrill at their word counts, but I know it has nothing to do with me.  Beating yourself up about someone else’s writing practice is a bit like being upset your eyes aren’t a different color. We each have a different writerly makeup.

As long as you’re sitting down regularly, writing regularly, you are a writer. And as I mentioned, “regularly” is different for everyone. My “regularly” is actually only three or four times a week. With two kids and four freelance jobs, the timing of my days is in no way regular. I do know I can usually find a good chunk of time on Monday, Tuesday and Thursday mornings. Sometimes things get in the way: I’ll have a meeting come up for work, a child will be sick or need accompaniment on a field trip or have a day off (when do these children go to school these days?) or I’ll get sick. But unless there is something day-altering–and I make sure to put no social engagements on these days–I’m at my computer poking my novel or short story with a stick. I show up and I’m not allowed to do anything else but look at the page. If nothing comes of that time, just moving around a few sentences, thinking on the piece, or hating that piece, that’s fine. It was writing time. I have finished four novels and dozens of short stories with this approach. It is the constancy of sitting down. And I sometimes have to sit through several days of hating something before finding the tools to make it into something I love.

Chuck Wendig says 350 words five days a week will do it. And while his plan is for novels, it would work for an format. He’ll bully you into it in a hilarious expletive-laden fashion here.

Find a way to Jump Start Your Practice:

There are so many things you can do to find the support you need to get into the practice of writing:

Form a writers’ group: Agree to get together once a week or once a month and share a certain number of pages or, simply, talk about how the writing process is going for you. My friends Matt Kressel and Devin Poore belong to a writers’ group Altered Fluid. Matt’s first novel, King of Shards, written during years with that group debuted today! They get together two times a month now to share work and critique and basically kick each other in the ass to keep going. The group has become quite prolific.

Make a pact with a friend: I have a friend of whom I demand five pages a week via email. If she doesn’t get them to me, I give her serious shit for it. I don’t actually read her work (except when tempted by her awesome writing,) but she knows I’m there, demanding it by by Sunday at Midnight (it sounds more threatening that way) or else.

Take a Class:  If there aren’t any writing classes available where you live or your schedule doesn’t allow a physical class, there are plenty available right here at inspiration2publication! Our classes are online and can be taken any time of the day or night. If you don’t see a class you want right now, stick around a month or so and new ones will show up.

Set your alarm clock half an hour early: Some people thrive off morning creative time when they have nothing else on their minds. Get up, don’t even think about your day, just sit at the computer and write for half an hour. Use prompts if you have trouble getting started.

Go to work half an hour or an hour early: If your cubicle allows and your workspace is empty but open in the morning work there. My friend Philip Barragan finished his first novel in this quiet time. He told his workmates that he wasn’t available for work until the office officially opened. He was already at work, the anxiety of the commute behind him with nothing to do but write until 8:30 ticked around.

Whatever your approach, kick start your practice! All of the successfully published writers I know have a practice. They keep at it, they write and write and most importantly, revise and revise and their practice has become part of their weekly lives, no matter how busy it gets.

Kate Maruyama’s novel Harrowgate was published by 47North. Her short work has appeared in Stoneboat, Arcadia and Controlled Burn as well as on Duende, The Rumpus and Salon, The Citron Review among other journals and in numerous anthologies. She is an instructor with Antioch University Los Angeles in the BA and MFA programs, the inspiration2publication program and Writing Workshops, Los Angeles. She writes, teaches, cooks, and eats in Los Angeles where she lives with her family. 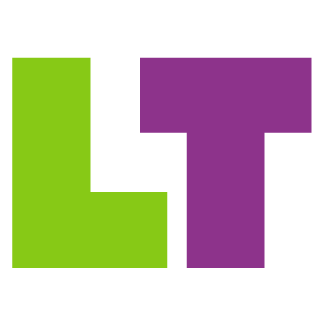