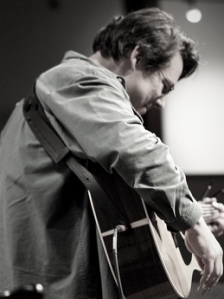 Every notable writer has a brand. Some brands are obvious and genre-driven, such as Stephen King’s and Danielle Steel’s. Novelists are relatively easy to brand: Alice Walker, Martin Amis, Junot Diaz—they all have unique markers in their fiction, things we expect to find in almost every book. Point of view, tone, recurring types of set pieces—even punctuation can define brand (e.g. Cormac McCarthy’s dislike of quotation marks; Roddy Doyle’s adroit use of em-dash dialogue).

When I informed my agent my next novel would not seem out of place beside the new one I had just sent her, she breathed a sigh of relief : I wasn’t going to look as if I had a split-personality.

Memoirists, poets, songwriters—they all have a brand. But what about short story writers? You bet they do. In some ways, brand is even more important for a writer of short fiction. Many agents and publishers prefer “linked” short story collections. While “linked” might mean interlocking narratives featuring the same or recurring character(s) (e.g. Denis Johnson’s Jesus’ Son; Tim O’Brien’s The Things They Carried; JD Salinger’s Franny and Zooey), it can also refer to other components, like theme or setting. Andrea Barrett’s brand of science-infused, historical short fiction is so distinctive she was awarded a MacArthur Genius Grant in 2001. In addition to Annie Proulx’s highly-acclaimed novels, she has written three volumes of stories about Wyoming. The first book, Close Range, ended with a jaw-dropping gay-cowboy story called “Brokeback Mountain.”

I’m a short story addict. The shelves in my office are (mostly) floor-to-ceiling short story collections. In the picture below, you’ll notice some CDs on the top right shelf—these too are short stories, thousands of them. Mostly New Yorker Fiction Podcasts, some of which I’ve listened to hundreds of times 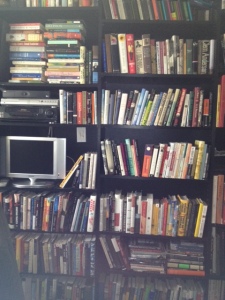 I admit I have a problem.

But it’s based on passion. I read/listen to short stories with an ear for brand. And by brand I don’t mean “formula.” Yes, genre fiction can sometimes seem a little formulaic—but in literary short fiction, “brand” is the word that best defines our expectations when we read, say, a Raymond Carver short story. You can bet there’s probably going to be some drinking, financial extremis, marital desperation. Here is Tobias Wolff’s eloquent articulation of his friend Ray’s brand:

“He never really thought of his characters, for example, as working class, particularly. In some of the stories that is the case. But that isn’t really the way he conceived of them. I think he thought of them as living, you know, at that kind of wilting technological edge of California society that you see behind the sound barriers on the freeway…”

Right there—that’s it: wilting technological edge of California society that you see behind the sound barriers on the freeway. Perfect. I hear that and I’m on the 101, driving through San Jose in 1974, just laid off, about to run out of gas and looking for a bar.

I think of Lorrie Moore’s alternately hilarious and heartbreaking humility.

In the class I teach for Antioch University’s online Inspiration to Publication (I2P) Program, Find Your Brand-Find Your Voice, we read and analyze a couple of Lorrie Moore stories. We also study ZZ Packer, TC Boyle and others. Then my students write a short story and attempt to articulate their own brand. It’s a lot of fun and very empowering.

I emphasize this: brand is something that constantly evolves. The stories one writes at the beginning of their career will be different than later ones. This can’t be helped and it’s a good thing; as writers we’re always discovering new books and authors to inform and influence our work. But early on, there are often certain qualities that constitute brand and will continue to serve the writer well throughout the arc of their career.

Thomas McGuane, one of my favorite short story writers, started out writing wacky, offbeat novels and short stories that caught the attention of men’s magazines like Playboy, Esquire and GQ in the early 1980s. His first collection, 1986’s To Skin a Cat, is very good—but it’s of a type. A brand to fit the times and appeal to a certain young macho mentality. One story tucked into the end of that collection, “Flight” (which originally appeared in Esquire in August of 1986), gives us a clue that his brand was getting ready to evolve. By the late 1990s, McGuane had perfected a unique meta-brand of literary fiction that made him a prolific contributor to The New Yorker and one of the most respected American authors of his time.

All the brand markers from McGuane’s early work: a sharp sense of tongue-in-cheek humor, self-deprecation, a love of the outdoors, a fascination with ranchers and the American West, the romantic/quixotic quest for honor—they’re all still there, but now fully-realized.

When I pick up a book by an author with a serviceable brand, it’s as if there’s a list of ingredients listed on the spine. My recommended daily dose of brain food. 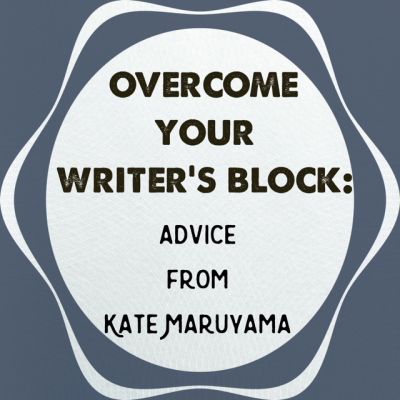